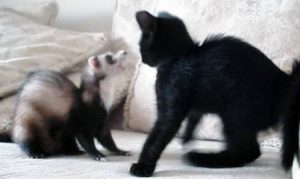 Do Ferrets Get Along with Cats? Can They? END_OF_DOCUMENT_TOKEN_TO_BE_REPLACED