Ferrets are from the Mustelidae family. Cousins of ferrets are the mink, weasel, otter, skunk, badger, and European polecat. They are not related to rats or mice. 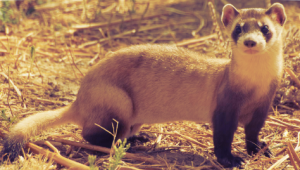 Ferrets are domestic animals, just like other pets. They need human assistance for survival. They are unable to survive in the wild.

Being feral means that an animal has reverted back to its natural state of wild behavior and can successfully survive on its own and reproduce. First, most ferrets are neutered or spayed, so they could not reproduce. Second, ferrets are not adept at escaping predators. They are curious and are more likely to want to play with another animal than hide from it. They are likely to die of starvation if they are not eaten first.

As with any animal, ferrets can bite. But, in terms of biting, cats and dogs bite much more than ferrets. And, just like other pets, it depends on the personality of the animal and how she is treated and trained.

7  Ferrets were domesticated in Egypt 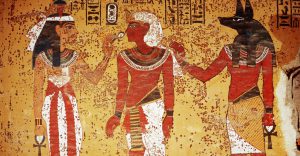 Although this rumor has spread extensively, there is no substantive evidence. According to a report published in John Lewington’s Ferret Husbandry, Medicine and Surgery, there are no zooarchaeological reports, genetics studies, historical documents or ecological evidence that document the existence of ferrets during the period of domestication.

Ferrets are not susceptible to the common cold. However, they can catch influenza A, just like people. They can also catch bacterial respiratory and sinus infections.

Although ferrets do sleep a lot, a happy ferret doesn’t sleep her life away–at least not all of it. A ferret left caged up alone may sleep 18 or more hours per day from boredom, but a healthy ferret with lots of out of cage time should only sleep about 15 hours or so.

10  Ferrets need to eat all the time

Most ferrets don’t need to eat constantly. Ferrets adapt their eating schedules based on the type of food they are given. If they are fed a high carb diet, they may need to eat frequently due to a drop in blood sugar. If they are given a high protein diet with sufficient fat, they will eat much less frequently. Ferrets with insulinoma do need to have food available at all times, however.